Hauntings in the Hill’s 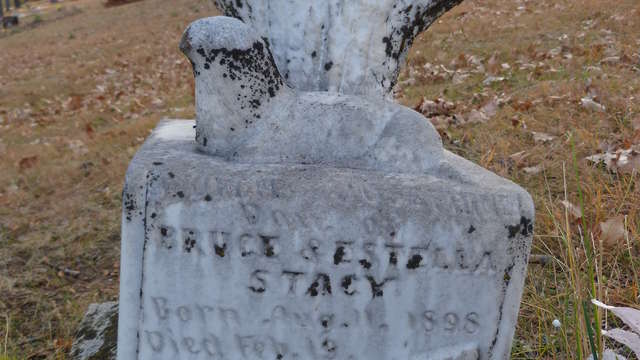 Powder House Lodge welcomed ‘spooky season’ with open arms! As the nights grow longer and trees go bare, there is a bone chilling breeze through the air. Ghouls and goblins are a popular topic in the month of October; but what about ghosts? The Black Hills are home to many hauntings. Whether you believe in ghosts or not, some places have a chilling, haunted history.

Powder House Lodge welcomed ‘spooky season’ with open arms! As the nights grow longer and trees go bare, there is a bone chilling breeze through the air. Ghouls and goblins are a popular topic in the month of October; but what about ghosts? The Black Hills are home to many hauntings. Whether you believe in ghosts or not, some places have a chilling, haunted history.

Keystone Cemetery, Keystone SD – Despite extremely dangerous working conditions, luckily none of the 400 Mount Rushmore workers passed away on the job. Although, the Keystone Cemetery was where most were laid to rest after their passing. What looks like a normal, peaceful cemetery on the surface, can be down right spooky when the sun goes down. The spirits that reside here have been reported to wander around the graveyard; some, even caught on camera! Not only have there been sighting of ghosts, there has been several who have heard voices, laughter, and indescribable muffled sounds 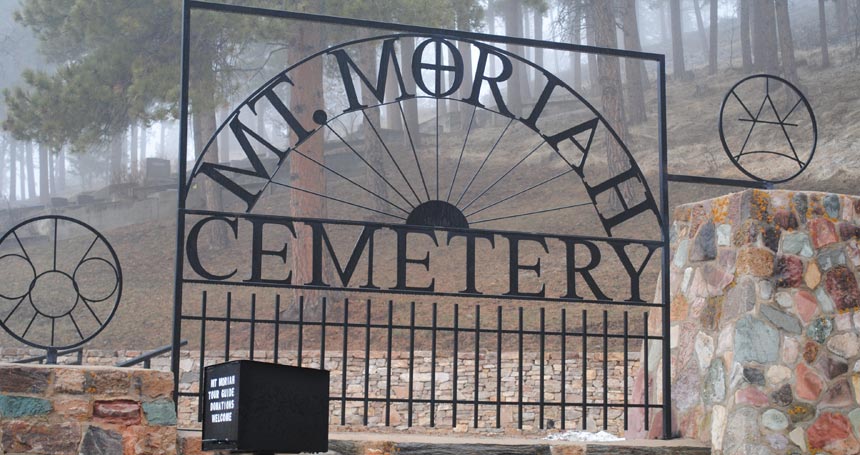 Mount Moriah Cemetery, Deadwood SD – Mount Moriah Cemetery is the burial grounds for some of the most well-known figures of the wild west. Such as Wild Bill Hickok, Seth Bullock, Calamity Jane, and Potato Creek Johnny. In the 1880’s there were two cemeteries in Deadwood, one being Mount Moriah, and the other being The Ingelside Cemetery.

At this time, all the bodies from Ingelside were moved to Mount Moriah. The cemetery is broken down into several different sections; one being Potter’s Field where the graves of the unknown and unmarked from the move rest; another, is a section reserved for Jewish people, when their community was rightfully given more rights in Deadwood; there is a mass grave that contains several people that were lost in their sleep when a lumber mill burned down; a children’s section during a time when tons of kids lost their lives to disease; and lastly, a section where Civil War Veterans and Indian War Veterans were laid to rest.

Mount Moriah Cemetery is known for visitors feeling like they are being watched. Some people have also reported hearing voices, children laughing, and even seeing spirits walking around at night. 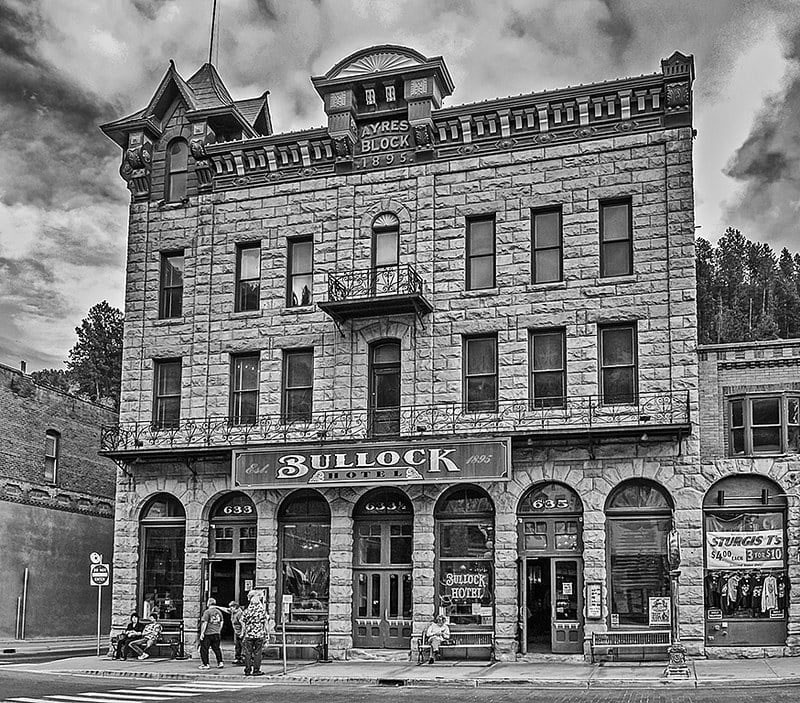 Bullock Hotel, Deadwood SD – Seth Bullock made his way to Deadwood from Ontario when he heard stories of gold. Rather than exploring for the treasure himself, he wanted to open a hardware store; but instead, ended up as sheriff, U.S. Marshall and legislator before his death of colon cancer in 1919. Some say this hasn’t stopped him from looking over the hotel he built in 1895. It’s reported that Seth’s presence isn’t there to be malicious, he just wants his hotel to still be running smoothly; although he does enjoy moving chairs around for fun once in a while. 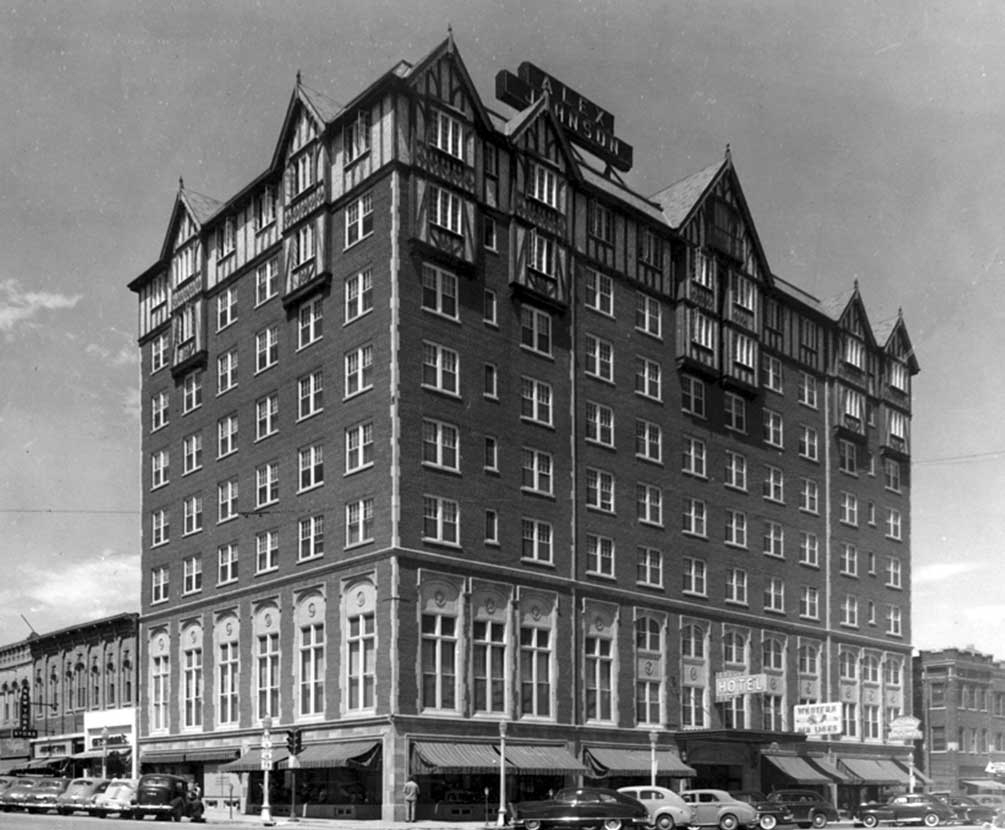 Hotel Alex Johnson, Rapid City SD – On October 3rd in 1927, Alex Carlton Johnson started working on what we know today as the Hotel Alex Johnson. On July 1st, 1928 the hotel was ready and open for business! To this very day, Hotel Alex Johnson is known as one of the most haunted hotels in, not only the Black Hills, but the state. There have been so many reports of paranormal activity there, the Syfy show Paranormal Activity made the hotel one of their special segments.

Some report seeing the ghost of Alex Johnson himself but most report they have seen ‘The Lady in White’. In the 1970’s it was said a young bride jumped out the window of room 812; some who knew the woman insisted on foul play, but that was never proven. She is known to still wonder the halls of the 8th floor in a white gown, and sometimes mess with the window and dresser drawers in room 812. 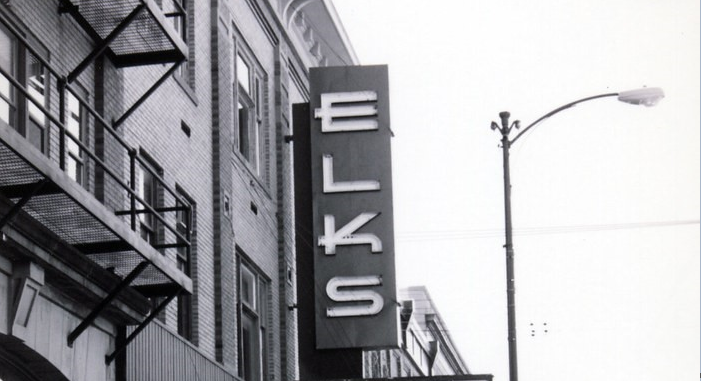 Elks Theater, Rapid City SD – Sitting right across the street of the Hotel Alex Johnson, stands an old town movie theater. Now, the Elks wasn’t always a movie theater, it was an opera house; built in 1912, meaning this building is over 100 years old. The Elks is known to be home to a friendly ghost named Jimmy. Jimmy has been seen in the building since the days of the opera house. Some reports say he is spotted in the main theater after closing with a warm smile on his face.

Any place with such an old, rich history, like the Black Hills is bound to have some sort of paranormal activity. From the way many cities in the area try to preserve historic buildings, these spirits might just feel at home. If you’re local to the area or just passing through, these haunted places are great to visit and immerse yourself in the history of the area. The Powder House Lodge is centrally located to all your favorite Black Hills attractions, including the many hauntings in the Hills.  Open from mid-May to mid-October, we offer a variety of cabin rentals, family unit rentals, and motel rentals.