One of the most popular ways to celebrate The Fourth of July is by watching a firework display, and .just because you’re on vacation doesn’t mean you will have to miss an annual tradition. Many places throughout the Black Hills have firework displays, parades, live music, fun and games scheduled over the long Fourth of July weekend.

June 30
The Rapid City Firework Displays start early this year as the Black Hills Speedway invites fans of both fireworks and races to the speedway located on Highway 44 for a fun filled night as they have a full slate of races and fireworks on the schedule. Gates open at 5:30 and the races begin at 7:30, with the fireworks starting after the races.
July 1
The community of Box Elder, which is located just a few miles east of Rapid City on I-90, is holding their Box Elder Bash on Saturday July 1. This has become a great event that includes more than just a great Black Hills Firework Display. Festivities kick-off with the parade at 12:30, with the gates and the remainder of the festivities beginning at 1:00pm. Additional festivities include a magic show, water wars, a demolition derby, a comedy hypnotist show, music by Brandon Jones, and of course the Firework display will begin at dark.
July 2
While the city of Sturgis is probably best known for the annual Sturgis Motorcycle Rally, this small community is becoming known for its spectacular Black Hills Firework Display as well. This year the Sturgis Volunteer Fire Department is hosting their annual display on Sunday July 2nd at the Sturgis Fairgrounds.
Belle Fourche, the geographical center of the Nation, is once again hosting one of the area’s largest Black Hills Fireworks display on July 2 after the Black Hills Round-up Rodeo. While Reserved seating is sold out, general admission seating is still available, and the display can be seen from throughout the community.
July 3
The Fireworks display in Belle Fourche really is one of the largest in the area. Don’t believe us? Well, they are holding a second display on July 3. So, if you can’t make it on Sunday, they have you covered.
The Fourth of July in the Black Hills means more than just Firework displays. Rapid City Post 22 American Legion Baseball has been hosting the Firecracker Baseball Tournament for 42 years now. This tournament welcomes some of the top Legion baseball teams in the nation to the area for some exciting baseball action. However, one of the highlights of the tournament is great fireworks display in Rapid City. The 2017 firework display is scheduled to take place on Monday July 3rd following the 7:00pm game between Rapid City Post 22 and Eden Prairie MN. 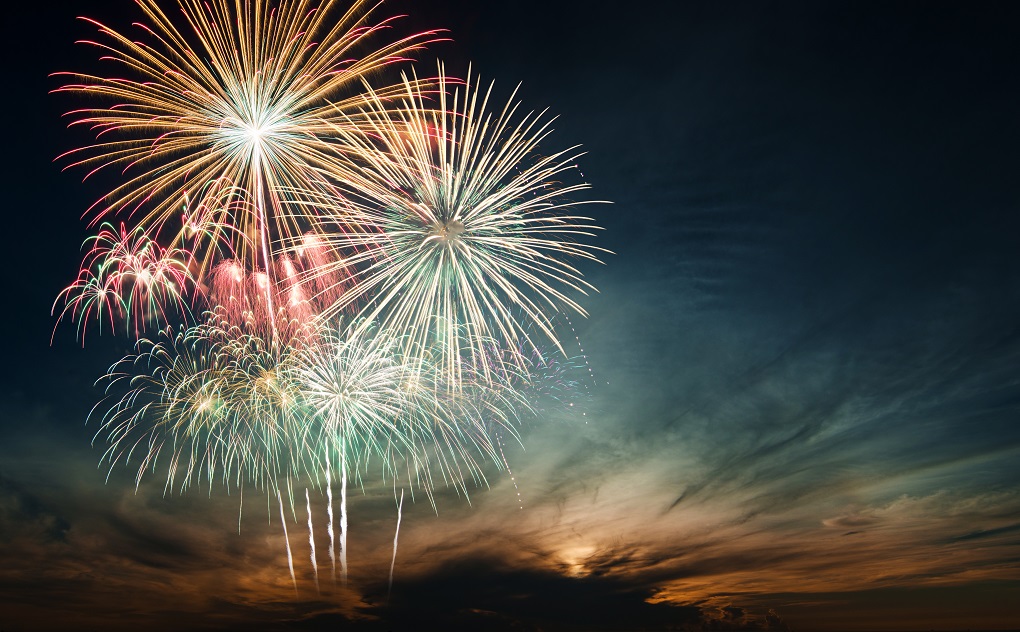 The Elks Golf Course, located off of Jolly Lane in Rapid Valley, is also having their display on July 3rd. This, as well as the Post 22 Display can be seen from several areas throughout the Rapid City Community.
While there are no Fireworks in Keystone or Mount Rushmore the community is having an old-fashioned Independence Day Celebration with folk singers, a dunk tank, buffalo chip throw, tobacco spitting contest, and a log toss among others. Free Lemonade, Iced Tea, and Watermelon will be served as this all takes place at Grapes & Grinds from 11am-2pm on July 3rd.
July 4
Many towns in the Black Hills are having firework shows for Independence Day. Starting at Hot Springs, SD, a firework display will start at dusk with the display taking place at the City Shop  Hot Springs is considered The Veteran’s Town of South Dakota, so the holiday spirit is high!
Lead will have a firework display at dusk after a parade and live entertainment, as part of their Gold Camp Jubilee Days Celebration. This firework show is known for being unique and one of the biggest in the Black Hills, as it takes place over the open cut from the Homestake Gold Mine.
Interior, SD is home of Frontier Days where one of the oldest rodeos in South Dakota takes place. Fireworks will begin at dusk with the Badlands in the background.
Piedmont gets in on the Fourth of July celebration with their annual Firework Display as well. This year their huge annual parade begins at 10am from the American Legion. The Firework display will then begin across from I-90 at dusk.
Custer, SD will not only host a firework display at dusk, but will have a fair, games, and entertainment all day at Way Park. Take the family there for the day, then when dark rolls around, make your way to Pageant Hill for the firework display.
Two shows in Rapid City will be happening on Independence Day. Arrowhead Country Club will start its firework at 10 p.m. on the 4th. A July 4th BBQ will be held starting at 5:30, followed by an ice cream social at 9 p.m.
The Executive Golf Course located off of West Omaha Street will be holding the other firework display for Rapid City residents and visitors. The Black Hills firework display will begin at dusk, and it can be viewed from many areas such as Founders Park, the Rushmore Plaza Civic Center parking lot, and Downtown Rapid City.
The Powder House Lodge is centrally located to all of the greatest Black Hills Fireworks displays.  Be sure to swing by our restaurant for breakfast, lunch, and dinner to get the energy you need to enjoy the festive weekend.