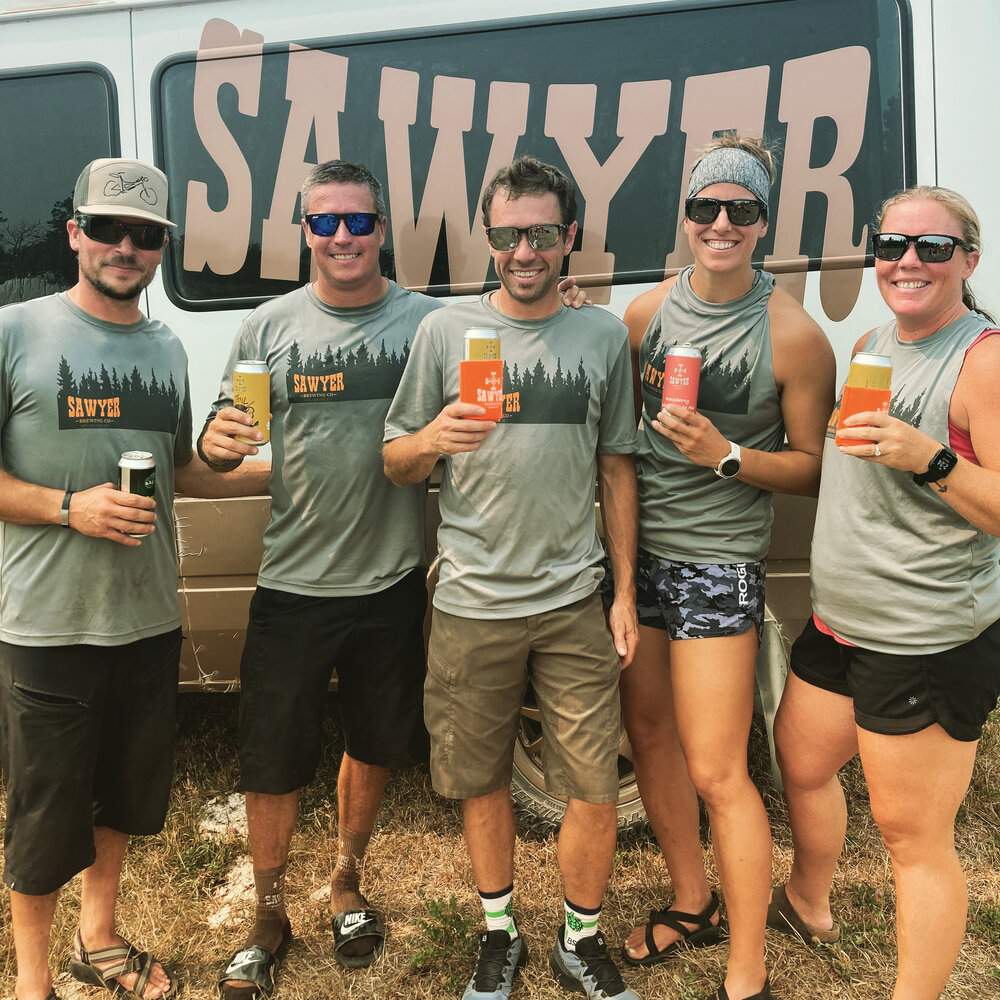 Joining the growing Black Hills brewery circuit in 2018, Sawyer Brewing Company’s origins are as unique as their beers are delicious. Founded by a family of multi-generational loggers (commonly known as sawyers), Sawyer Brewing Co. has been on the rise since they opened in Spearfish – drawing attention for the unique flavor profiles of their signature brews. From Stouts to IPAs to Ales and everything in between, Sawyer has brewing down to a science and has the reputation of excellence to prove it with beers on tap at bars and restaurants all throughout the Black Hills.

You’re sure to find the perfect brew for you as you try out any of the nine to twelve beers constantly on tap in the taproom. Throughout the year, Sawyer Brewing Co. even releases seasonal favorites like the Wutt Up Butter Cup Imperial Stout and Strawberry Whip alongside staples like the Ninja Juice DDH, Citra Dry Hopper Sour, Cold Creek Springs Cream Ale and Deep Woods 2.0 Imperial Stout. For the kids, the brewery also offers non-alcoholic root beer!

In addition to fantastic beer, Sawyer Brewing Co. is well known in the Spearfish community for their distinct menu of delectable wood-fired pizzas. In addition to offering all of the classics, Sawyer Brewing Co. takes their pizza game a step further by offering a unique assortment of signature pizzas ranging from a mashed potato pizza all the way to a jalapeno popper pizza. With great beer and pizza to go with it, what more could you want from a brewery?

And the excitement doesn’t stop at the beer and food. While Sawyer Brewing Co.’s beers and pizzas are top-notch, so are their efforts to give back in the community. Avid animal-lovers, Sawyer debuted their popular Tail Chaser Milkshake IPA as a means to benefit the Western Hills Humane Society. For every Tail Chaser sold, the company donates a portion of the proceeds to help local homeless animals.