The Black Hills are not only home to jaw-dropping scenery and world-famous attractions, but they are also steeped in time-honored stories from the Wild West. During your vacation to the area, you are sure to see some of the names that are tied to this gunslingin’ era gracing building fronts and landmarks, but without a little back story, it is hard to understand the significance of their impact on the region.  Read on to learn more about some of the prominent figures from that time period who made their name known here in western South Dakota! 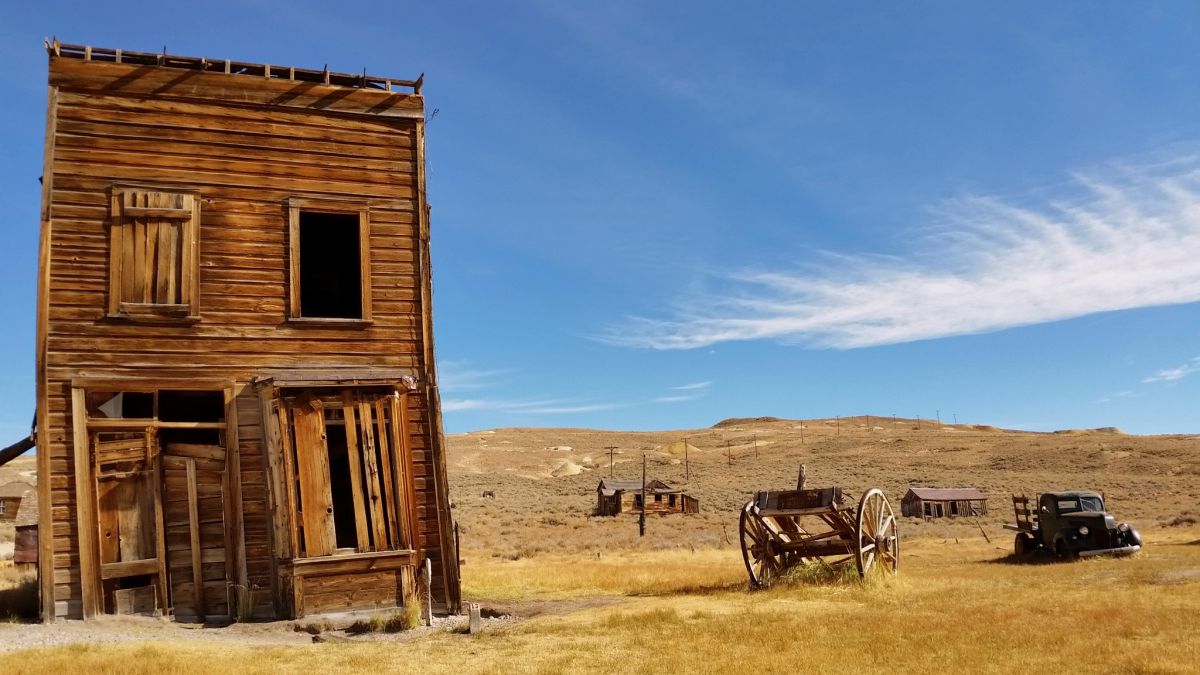 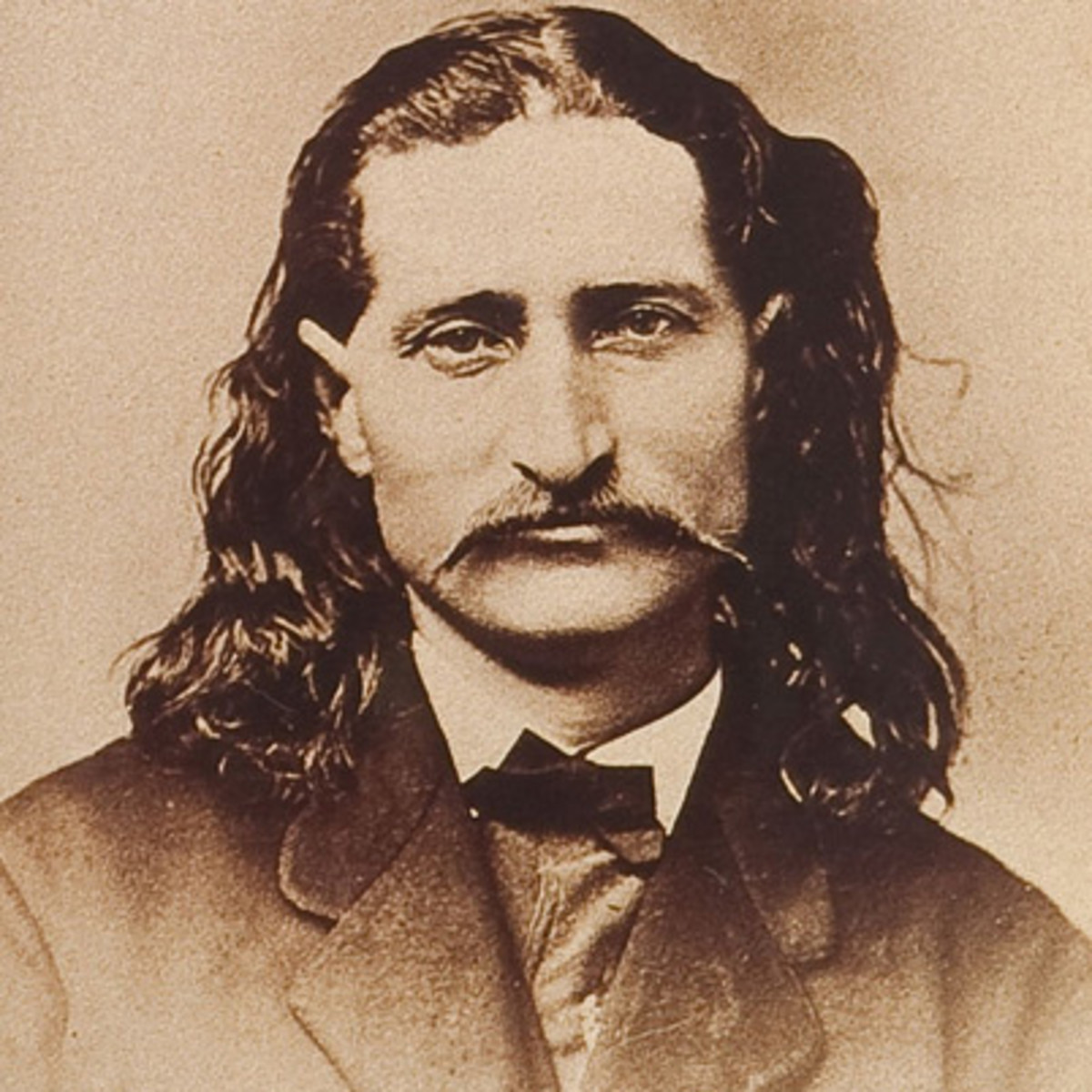 The name Wild Bill Hickok may sound familiar, especially if you’ve already spent some time in the Black Hills – and, in particular, Deadwood – but you may not know the story behind this prominent Old West figure.  James Butler Hickok, who later coined his famous moniker “Wild Bill,” was born in 1837 and grew up in Illinois. His father was an abolitionist, and it is said his childhood home was part of the Underground Railroad. At 18, Hickok headed west, where he worked throughout the years as a soldier, spy, scout, lawmen, gambler, actor and gunfighter, and became notorious due to his involvement in well-known shootouts.

Hickok’s position in Deadwood history would be cemented on August 1, 1876, when the 39-year-old was playing poker at Nuttal & Mann’s Saloon No. 10. Wild Bill usually sat with his back to a wall to avoid being the target of a surprise attack, but on this occasion could only find a seat that caused him to have his back to the saloon’s entrance. Jack McCall, who had been insulted by Hickok the night before, walked up behind the unsuspecting Wild Bill and shot him, killing him instantly. Wild Bill’s hand at the time of his death was two pairs, aces and eights, and would come to be popularly known as the dead man’s hand. McCall was later tried and hanged for Hickok’s death.

Wild Bill Hickok was buried in Ingelside Cemetery, which was Deadwood’s original graveyard, and was later moved to Mount Moriah Cemetery. His gravestone read “Wild Bill, J.B. Hickock [sic] killed by the assassin Jack McCall in Deadwood, Black Hills, August 2, 1876. Pard, we will meet again in the happy hunting ground to part no more. Good bye, Colorado Charlie, C. H. Utter.” Due to many years of Hickok’s gravesite being vandalized by those seeking Wild Bill souvenirs, his final resting place is surrounded by a cast-iron fence. 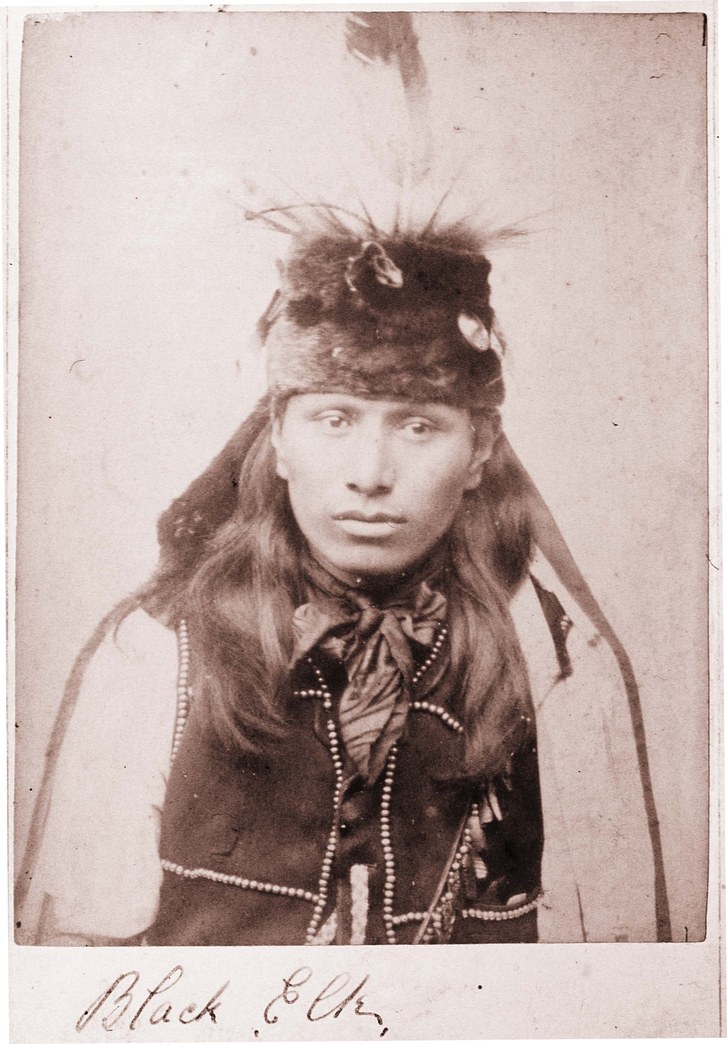 The highest peak in South Dakota bears his name, but how much do you know about Black Elk? Black Elk, who came from a long line of medicine men, had a great vision at the age of nine that astounded the holy men in his village. In his vision, he was being visited by the Thunder Beings, which were kind and wise spirits. Black Elk served as a medicine man for the Oglala Lakota people, and later he helped in their victory at the Battle of the Little Big Horn.

Black Elk also traveled as part of the Buffalo Bill’s Wild West tour, which was an attraction that toured both the U.S. and internationally. After a performance for Queen Victoria in England, Black Elk became separated from his group and ended up getting left behind in Europe for a year, where he joined another wild west show and performed in Italy, France and Germany. He returned home to South Dakota, where he organized a show much like the Buffalo Bill’s Wild West tour, except that it taught viewers about Lakota culture instead of glorifying warfare.

In 2016, what was once called Harney Peak was renamed Black Elk Peak to recognize the significance of the mountain to Native Americans. Make sure to make a trek up this Black Hills landmark during your vacation!

John Perrett, a.k.a. Potato Creek Johnny, hailed from Wales and moved to the United States when he was only 17 years old. The 4’3” fortune seeker made his way to Deadwood, where, 50 years after the first gold rush, he reignited gold fever by finding what was believed to be the world’s largest gold nugget. The leg-shaped nugget was believed by some to actually have been several nuggets that Potato Creek Johnny had stolen that were melted together, but, nonetheless, the find and Johnny’s subsequent stories of his adventures made him a local celebrity. W.E. Adams ended up buying the gold nugget from Potato Creek Johnny for $250, which would be about $6,800 today, and a replica is still on display at the Adams Museum. Potato Creek Johnny’s grave is located near Wild Bill Hickok’s at Mount Moriah Cemetery.

Born Martha Jane Canary, Calamity Jane is known for being associated with, and reportedly once married to, Wild Bill Hickok. Her younger years were tough, with her mother dying of pneumonia while her family was traveling by wagon train from Missouri to Montana. Not long later, her father died, leaving Martha to care for her five younger brothers and sisters. At 14, she loaded up her siblings and moved to Wyoming, where she took various jobs to support herself and family. In 1876, Calamity Jane settled in Deadwood, where she became friends with some of the area’s most notorious figures, including Wild Bill Hickok and Dora DuFran, the leading madam of the Black Hills. Jane claims to have been more than just acquaintances with Hickok, as she says they were at one time married and had a daughter together, but this has never been proven. She stayed in Deadwood following Wild Bill’s death, where she nursed victims of a smallpox epidemic in 1878. She died in Terry, South Dakota, a small mining town near Deadwood, at the age of 51, and is buried at Mount Moriah Cemetery next to Hickok.

Acting as Deadwood’s first sheriff, Seth Bullock was able to bring a sense of stability to the seemingly lawless town. He later built the Bullock Hotel, Deadwood’s first hotel boasting three stories and 63 luxury rooms, which is still in operation to this day. Although Bullock passed away in 1919 and is laid to rest in Mount Moriah Cemetery, his legacy is still very much alive through his hotel, which is rumored to be haunted by his ghost. There have been reported sightings and strange phenomena throughout the years by workers and guests, which is still said to occur to this day. Room 211 is said to be where much of the activity takes place, as Bullock allegedly died within its walls; in fact, Seth Bullock passed away in his home, so it is a mystery as to why that particular room would be haunted.

Now that you’ve gotten a peek into Black Hills history, go out and discover more stories that have helped shape our region! A visit to one of the destinations from the Parks and Monuments section of our Itinerary Builder is sure to provide you with a better understanding of our area and culture. Head over and build your own legendary itinerary today!